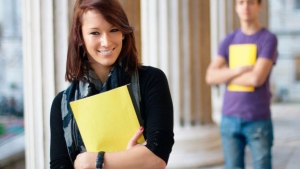 Michael Chadwick has a simple message for 20-somethings: You can’t have everything you want right away.

“Unfortunately, too many young people want the same things that it took their parents 10 or 20 years to get,” says Chadwick, chief executive officer of Chadwick Financial Advisors in Unionville, Connecticut. “There is no more delayed gratification. And that’s what can get young people into financial trouble.”

Sometimes, these grave errors may follow a few simple words. Want to avoid the financial chaos that characterizes some people’s youth? Then think very carefully about what you’re doing when you find yourself making the five statements below.

Credit cards are important financial tools if used properly, especially for young consumers. Those who pay their credit-card bills on time every month are taking steps to build a solid credit score. But it’s far too easy for 20-somethings to misuse their cards. They use plastic to purchase big-ticket items that they can’t afford, from high-end flat-screen TVs to rooms full of furniture.

Soon they’re staring up at a mountain of credit-card debt, which often comes with exorbitant interest rates.

“Running up credit-card debt is the biggest mistake I see young people make,” says Melinda Kibler, certified financial planner with Fort Lauderdale, Florida- based Palisades Hudson Financial Group. “The interest rate is so high that it is extremely difficult to dig yourself out. It becomes a vicious cycle.”

Retirement seems a long way off for consumers in their 20s. But David Lyon, chief executive officer of Chicago’s Main St. Advisor, says that young people need to start saving for retirement in their 20s. It’s the easiest way for them to guarantee that they’ll have enough money for a happy and satisfying retirement.

Too many people, though, don’t save a dime for retirement in their 20s, Lyon says.

“When you’re in your 20s, it’s easy to convince yourself that you’ll put money away for retirement when you start making a bigger salary,” Lyon says. “But what happens is, as your salary increases so does your cost of living. You buy a bigger house. You get married. You have kids. So people keep pushing off their retirement savings.”

Lyon says that young people should start saving at least a small amount of money each month for retirement as soon as they enter the workforce. That little bit of savings will grow, thanks to the magic of compound interest, into a solid nest egg.

There was a time when 20-somethings lived on Ramen noodles in cramped studio apartments as they saved for their first house or new car.

Too many 20-somethings today, though, skip this period of austerity, says Kelley Long, resident financial planner for El Segundo, California-based Financial Finesse and a spokesperson with the National CPA Financial Literacy Commission. Instead, they borrow huge amounts of money for homes and cars that they can’t afford on their entry-level salaries.

“Young people too often borrow against their future earnings to elevate their lifestyle so that it matches the lifestyle they experienced when growing up,” Long says. “They don’t recognize that it took their parents 20, 30 years to get to where they are. The austerity days of 20-somethings seem to be coming to an end. Instant gratification is the crux of the problem.”

4. “I don’t make enough to save for emergencies.”

Chadwick says that it is essential for young adults to build an emergency fund that they can tap if they get into a car accident, run into unexpected medical bills or experience some other financial calamity. A good rule of thumb is for young people to save at least six months of living expenses in an emergency fund.

But too many 20-somethings instead spend their extra $20 or $30 on items that they don’t really need. Chadwick says that this is a problem that is only getting worse.

“There are far more things for people to spend their discretionary income on today,” Chadwick says. “They can Uber their way home instead of taking public transportation. They can subscribe to Netflix. It’s so easy to order in delivery food. This is all a burn on people’s disposable incomes.”

5. “I’ll look into investments when my salary is better.”

A good way to build up wealth is to invest in the stock market or in mutual funds. But many 20 somethings don’t do this, Kibler says, thinking that they’ll invest once they start earning a higher salary. But in doing so, these young adults are wasting valuable time.

And those 20-somethings who do invest, often invest too conservatively. They might set up their 401(k) plans so that they are sinking their dollars in only the safest of investment vehicles, Kibler says. That’s a mistake: Young people have plenty of time to experiment with higher-risk but higher-reward investments.

“Don’t be afraid to take risks when investing,” Kibler says. “Without that growth it can be hard to save for retirement. You have to depend on the market even if it can be volatile. When you are young is the best time to put up with that.”