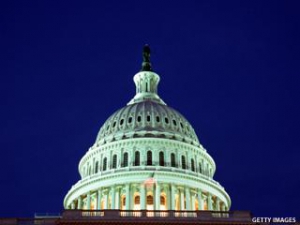 NEW YORK (MainStreet) — The recovery in the economy will continue to show improvement over the next year despite the recent rise in interest rates, according to a new report by TD Economics.

“The markets get upset, start gyrating and become volatile but overall they move higher over time as corporate America, the U.S. economy and the global economy expand,” said Michael Farr, founder of Farr, Miller & Washington, which manages over $900 million in assets.

Since December 2012, the Federal Reserve purchased $85 billion in U.S. Treasury bonds and mortgage-backed securities each month. Citing improvement in the labor market, Federal Reserve officials began talking about ending its monthly asset purchase program called Quantitative Easing (QE), which has been a catalyst in the rise in interest rates since July.

“Quantitative easing was never meant to go on forever,” said TD Chief Economist Craig Alexander. “The Fed’s concern over near-term downside risks has pushed tapering out a few meetings but the realization that the program will end in the relatively near future means higher interest rates are here to stay.”

Just last week, when Federal Reserve officials decided not to taper the pace of its monthly asset purchase program, interest rates dropped while total estimated inflows to long-term mutual funds were $2.29 billion for the week ending Wednesday, September 18, 2013, according to the Investment Company Institute.

“We haven’t had a 10% market correction in two years and that is entirely aberrational. As long as the Federal Reserve shovels money into the furnace there’s no reason or room to cool off,” Farr told MainStreet.

“It seems that the market is over-extended on too many metrics,” said Michael Chadwick, certified financial planner with Chadwick Financial Advisors in Unionville, Conn. “It is my job to not only invest but also to protect my clients’ assets, so I have absolutely no problem keeping a lot of cash on the sidelines right now.”

Like the falling sky in Chicken Little, Chadwick is among those who believe an unforeseen financial collapse is on its way. “The problem is that none of us knows when the market will top out or how deep the crash that inevitably follows will be,” said Pamela Yellen, author ofBank on Yourself (Vanguard Press). “History reveals that the faster and higher the market goes up, the steeper the fall.”

The national debt is reportedly nearing $17 billion, according to USDebtClock.org.

“We allowed debt but then in the last 30 years over leveraged ourselves into being broke,” said Overstock.com CEO Patrick Byrne, who advises investing in gold and real estate in preparation of a new financial crisis. “This collapse will be more severe and widespread.”

TD’s Alexander sees a showdown over increasing the debt limit on October 17 — here after the failure to extend funding for the government after September 30 — and says this “could result in financial volatility and undermine consumer and business confidence at least temporarily.”

Over the next few days and weeks, policymakers in Washington will have to agree on something.

In 2011, the debt ceiling limit was extended on the condition it include cuts to reduce the budget deficit. If cuts are approved again, discretionary spending would be capped at $967 billion in 2014.

Temporarily, Chadwick’s plan to sit on the sidelines may be good advice.

“Protection can be had by the use of stop loss orders,” Chadwick toldMainStreet. “You can also gain safety by owning diversified ETFs rather than individual stocks, a money market, ultra short bonds, bank loan or floating rate bonds or shorts.”
–Written by Juliette Fairley for MainStreet