Savings rate drops back below 5% in October 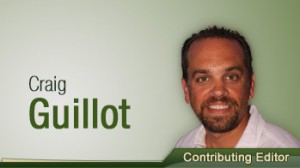 The personal savings rate dropped to 4.8% in October, according to the Department of Commerce.

It’s a moderate decline from the revised rates of 5.0% in August and 5.2% in September, the two best months of the year.

Of course that’s novhere near the 10% to 15% most financial experts say we need to be investing In our futures – and a savings rate Americans routinely achieved in the ’60s and ’70s.

Part of the reason it’s so much harder for us to save is that we carry too much debt, routinely borroMng far more than our parents and grandparents did 40 or 50 years.

The worst kind of debt is revolving debt, specifically credit card debt, and we owed something like $856 billion on our cards in October.

Although that’s down from over $1 trillion when the financial crisis and recession struck in 2009 it’s still way too much.

What’s worse is that it’s starting to inch back up again. Talk about a disturbing trend.

‘The dramatic spike in consumer borrowing really began in 1995 when we owed a far more manageable $372 million in revolving loans. Over the next 14 years that debt almost tripled

According to a May 2013 TransUnion analysis of credit files, the average credit card debt per adult in the United States is $4,878.

Michael Chadwick, the CEO of Chadwick Financial Advisers In Unionville,Conn., says most people have been driven to credit cards by rampant consumerism and living beyond thew means.

When we spend money we don’t have, we end up owing Interested on the money we never had in the first place.

A snowball effect takes hold and when you make only minimum payments, you drag the problem on for years and accrue more interest.

Credit card debt is one of the biggest killers of your ability to save. All that money 1s going to the bank when it should be gong to your savings account.

“The payment requirements on credit cards put the bank In control of your finances, rather than
you,” says Chadwick. “We’ve got to stop the attitude of ‘spend today and worry about paying for it
tomorrow “‘

But of that amount, only $100 would be going towards principle and actually paying off the balance.

You’d be throwing the other $125 away on interest, an expense you wouldn’t even have had you not racked up the debt.

Making only the minimum payments, you’d spend almost $12,000 in interest over the course of 28 years before you’d pay it off.

“If you’re paying credit card debt at 23%, forget about savings until you buckle d o m and pay that off. You’ll end up better off in the long run because you’ll pay less interest,” Juge says.

If you upped your payments to $400 per month in the example above, you’d pay off the debt in only
three years and pay only $2,000 in interest.

That’s a savings of $10,000 in interest versus making the minimum payments!

If you’ve got multiple cards, Juge recommends you start paying the card with the smallest balance
first.

It won’t save the most in Interest but the psychological benefit of paying off a card can provide a huge motivational boost to continue paying down your debt, she says.

Every dollar you add to the minimum payment takes you one step closer to freeing yourself of that burden.

Another smart move may be to take advantage of any lower-cost balance transfer opportunities you may have with your existing cards.

Moving a portion of a balance at 20% to another card 14th a special offer of a year at 0% could save hundreds on interest and help you pay your debt off even faster. (See how much you could save Ath
our balance transfer calculator.)

The big benefit will come if you can maintain the discipline to bank those payments after you get rid of your balances.

Consider that in the example above, if you ratcheted up your payments to $400, you’d pay off the debt in less than three years.

Then if you continued to pay that $400 to your savings account, you’d have zero debt and $9,600 in savings in five years.

“Only after you’ve paid down your debt can you really start amassing money. Money management IS
about habits and once you get into the habit of paying d o w debt, or saving, it grows.” she says.