The Ideal Retirement Age – And Why You Won’t Retire Then

Many people are forced into early retirement because of a health problem or layoff. 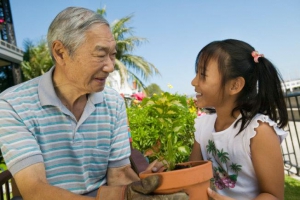 A 2014 survey found about half of retirees were forced to retire sooner than expected.

Working Americans expect to retire at age 66, up from 63 in 2002, according to a recent Gallup poll. But most retirees don’t stay on the job nearly that long.

“Americans have two reasons in which they may project a later retirement year. One is financial, and they simply think they will need to work longer because there are fewer pensions, and now people may have a more psychologically positive view of work,” says Frank Newport, editor-in-chief of Gallup poll. But a plan to work longer isn’t the same as keeping a job into your mid- or late 60s.

Other surveys have similarly found a significant gap between the age workers anticipate retiring and when they actually leave their jobs. A 2014 Employee Benefit Research Institute survey found that 33 percent of workers expect to retire after age 65, but only 16 percent of retirees report staying on the job that long. Just 9 percent of workers say they are planning to retire before age 60, but 35 percent of retirees say they retired that early. The median retirement age in the survey was 62.

Many of these early retirements are unexpected and due to unforeseen circumstances. About half
(49 percent) of retirees say they left the workforce earlier than planned, often to cope with a health
problem or disability (61 percent) or to care for a spouse or other family member (18 percent), EBRI
found. Other retirees are forced out of their jobs due to changes at their company, such as a downsizing or closure (18 percent), changes in the skills required for their job (7 percent) or other work-related reasons (22 percent).

“The difference is between what you know you want to do and what factors outside your control
ultimately require you to do,” says Dallas Salisbury, president of EBRI. “I will tell you I want to continue working on the assumption that I can keep my job or get a new job, and then my job goes away because the plant closes down or something like that. Or I am very healthy when you ask me
that question, and then I suddenly get pushed down a flight of stairs and end up disabled and out of
work and on permanent disability for the balance of my life. You end up leaving long before you anticipated.”

Of course, there are also some fortunate retirees who are able to retire early because they can afford it (26 percent) or want to do something else (19 percent), perhaps due to an inheritance, unexpected windfall or diligent saving.

An unplanned retirement generally means you need to regroup and make the best of the resources you have. “When you’re forced into it, the key thing is to be mentally flexible,” says Michael Chadwick, a certified financial planner and CEO of Chadwick Financial Advisors in Unionville, Connecticut. “The trajectory you were on when all was well isn’t likely to be the same trajectory you’re going to achieve with these new circumstances.” You’ll need to look at your severance package and ability to collect unemployment if you are laid off. And if you’re under 65 and can’t sign up for Medicare, you’ll need to make important decisions about your health insurance.

An emergency fund is likely to be extremely helpful to people who find themselves retiring ahead of
schedule. “You can have your ducks in a row by living below your means and saving well, so if something happens, you’ve got a cushion and are not desperate,” Chadwick says. “Try not to live paycheck to paycheck, and only carry good debt, such as mortgage, tuition and low-rate car loans.”

While you may want to keep working during the traditional retirement years to finance a better
lifestyle, there’s a reasonable possibility that you might not get to choose when you retire, and this should be factored into your retirement preparations. “People would be much better off planning as if they will be unable to work in retirement,” says Greg Burrows, senior vice president for retirement
and investor services at Principal Financial Group, an underwriter of the EBRI survey. “If they get to retirement and can work, then they have that option, and that’s a bonus opportunity.”