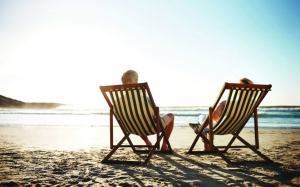 Contributions into pension plans come from the employer and employee. The investment portfolio is controlled by the company, not the employee. With pension plans, you are given a fixed amount of income when you retire. The payout usually depends on the length of time you worked and the your salary. An individual can decide to receive their pension in a lump sum or monthly payouts.

PPA 2006 was signed into law on August 17, 2006 but there are many different effective dates. Deep in the 900 plus pages of this behemoth tax act are several IRA and plan gems that create retirement planning opportunities for your clients.

Is Your Pension Safe?